Life in plants puzzles me as much as it inspires me!

We see only in plants, a frame in which we exist, distant and difficult to perceive.
In my mind, I look at it as a piece of art and of course I use it as a subject in my painting.
So this summer, I immersed myself in the vegetable kingdom with curiosity. 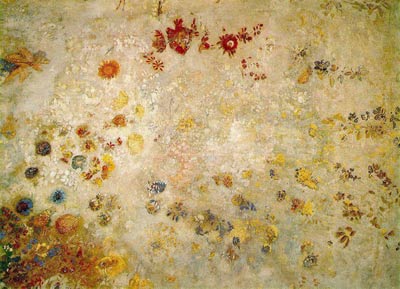 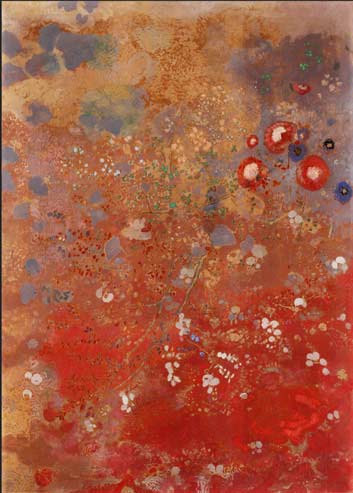 Filled of grace and mystery, I liked to celebrate plants, as Odilon Redon revealed plants in a striking way through a mystical painting.
Panel, 1902 & Red Panel 1905 – Oil and tempera on canvas.

However, I did not just reproduce some of these representatives.

But I listened to them and then I worked with them. Thus, plants participated in the stakes of my creation and my challenge of creation today is rather ecological in these times of global warming.

Today, organic growth is a miracle

I have already stated in previous articles that I live in a awesome but violent land due to its mood swings.
Jean Giono identified with accuracy the hardness of this area  and people, both of them go hand in hand, of course.

Here, even the Provençal sweetness of life differs from the picturesque utopia told in trendy magazines. Yes, to subsist in such areas earns the respect. Of course, I do not speak for myself since I have had the opportunity to preserve me with great comfort, but I think of plants which are mishandled increasingly by global warming.
For the last 3 years, it’s obvious and I would say that since this summer it would be futile to deny it and that unfortunately all over France

Through this series, I have wished to bow to some specific plants. Resistant plants which can grow in the midst of solar hell. Without water, except those able to draw thanks to a deep rooting. Frugal plants able to save substantial energy, those able to capture the tiny humidity of summer nights to survive.
I have named them “tough plants” and I put them into the spotlight, because they compel my admiration. I just watched them around my house and chose 6 of them for their refined look. I could have chosen many others. They have the characteristic of being often seen as banal or even undesirable. Their insignificance despite their frenzied presence touched me precisely.

I changed my creative medium to use PVC (it’s not an eco-friendly material but it is recoverable and recyclable) and then it was the perfect material for further works. I sprayed all kinds of acrylic colors, it dried as soil under sun, then I scraped, etched, removed and dissolved the various layers to reveal my subject in a certain harmony.

I chose to treat my subject like botanical drawings to reveal their elegance. But in the same time I released myself from them because I introduced around them concrete realities in the form of abstract, strong and invasive graphic elements. This is what they are facing according to my sensitive reading of things. The roughness of a crazy climate hits them.
It is tangible that, in midsummer, suffering is visible. I hope that human beings will end up catching this unbearable reality that is global warming (with a special thought for political and economic world).

The worst thing is that human beings see in these plants, only weeds, in other words unwelcome plants.
Whereas “a plant does not grow by chance. When you meet one in your garden, its has a role to play in this place, at that time, “says the botanist Gérard Ducerf. If human beings are not always in strong and total interaction with his environment, plants are inevitably and they reveal many things on the so-called qualities of this soil. G. Ducerf talks about bio-indicator plants.

What I have liked in this modest piece of nature is that, although suffering because of our irresponsibility, it remains free as it has no market value.

In addition, this little piece of nature is not resentful.

-In spring, the dandelion  gives me digestive salads and its anti-inflammatory power

-The bramble fills me for its fruity delicacies but not only that.

-The wild oats delights me by its whispers in the wind and its cheerful name launched like a snook.

-The broom dazzles me with its butterfly look that has caught a powerful and luminous ray in the sun and that gives it back in a delicate perfume.

-The mistletoe for its promises of immortality by its intense green that stimulates the winter greyness, as well as being a pantry for birds.

-The purple offers me its sweetness to crunch. 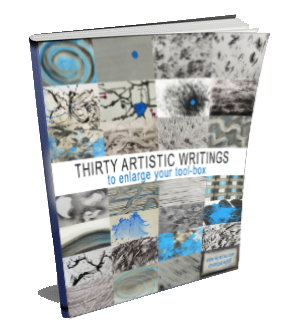 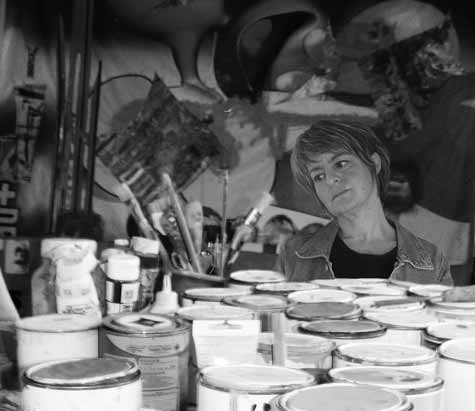 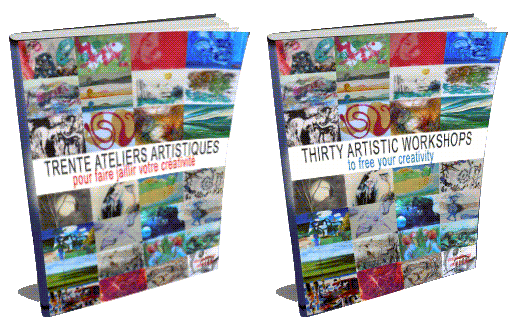